The final item in the list on the left is the breed survey. When you buy a German Shepherd puppy do take the trouble to ask, and ensure, that each parent of the litter has a breed survey. The purpose of a breed survey is to determine whether the dog is suitable for breeding in the first place. If both parents of the litter do not have a breed survey then how do you know that either parent is suitable to be bred from? Of course, the breeder will always tell you how wonderful mother and father are but how do you know if neither dog has been independently assessed by an expert?

A breed survey is carried out by an independent expert appointed by the breed organisation. It will carry a critique of the dog and, critically, it will tell you whether that dog is suitable for breeding or not. In fact you do not need to look into the fine print to know that. A dog either has a breed survey or it does not. If it is does not have a breed survey then it is not suitable for breeding. It is as simple as that. If you ignore this basic requirement then it is like buying a car without an MOT. You do so at your own risk.

You will find an example of a breed survey here. It is the breed survey of one of our dogs. This dog was born and registered in Germany so it is a German breed survey or Körung. The Körung is the most highly prized breed survey and it is recognised by German Shepherd breeders throughout the world. The German Körung is so highly regarded because in order to be eligible to enter for it the dog must first possess the first six qualifications contained in the list on the right. A dog which does not have these qualifications is not eligible to take a Körung. Therefore it must, for instance, have satisfactory hip and elbow scores and a schutzhund title as a condition of entry for the Körung.

Please note also that simply having the first six qualifications does not entitle the dog to a Körung. The breed survey or Körung is independently assessed. A dog may possess all six of the first qualifications on the list but still be rejected for the Körung. This does happen. We recall an example of a dog which had won many Kennel Club shows and which was entitled to the Kennel Club title of ‘Champion’ being refused a Körung in Germany because the dog did not meet the standard. That is what the breed survey is for. It is to determine whether the dog is suitable for breeding. It does not matter how many shows a dog has won. It may still not be suitable for breeding for various reasons. For example, it may fail the courage test or it may be over or under the breed standard in size.

There are two grades of pass to the German Körung. Class 1 signifies that the dog is ‘recommended for breeding’. Class 2 signifies that the dog is ‘suitable for breeding’. If the dog does not have a Körung or breed survey then it is not suitable for breeding no matter what the breeder may tell you. An used car dealer can tell you as much as he likes that a car is a ‘good runner’ but if it does not have an MOT would you buy it? 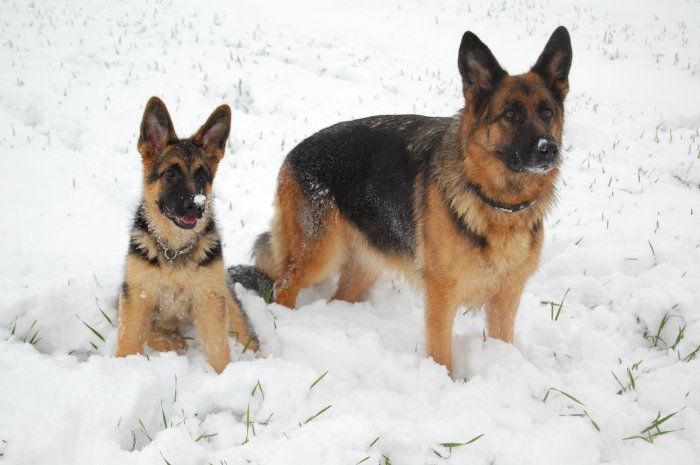